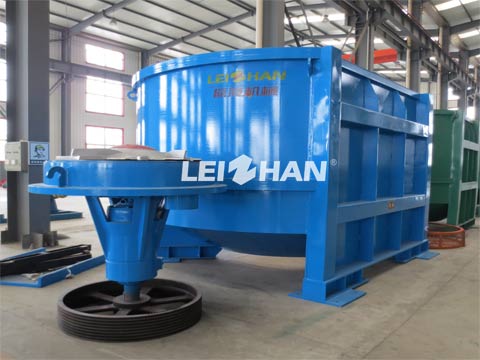 During the operation of hydrapulper, the impeller plays an important role, which is, as the rotor speed increases, the impact force of the fiber mass will increase greatly, and impact force is proportional to the square of rotor speed. Besides, cycle speed, temperature and concentration also have different extent influence on hydrapulper.

1.The rate of breaking is usually proportional to the strength of mechanical action.
2.Agitating or turning is critical to pulping, it is unfavorable for production if the pulper doesn’t cycle well.
3.When the waste paper and broke paper are broken, the paper should be repeatedly inserted into the vortex area of the pulper.
4.Only under the impact of the rapidly rotating blades, broke and fiber mass can be dispersed.
5.Basically, when the paper leaves rotating peak zone and enters low-speed circulation zone, fiber separation won’t occur again.

Our company supply various kinds of hydrapulper like D type hydrapulper, H.C hydrapulper, M.C hydrapulper, vertical hydrapulper. You can choose anyone according to your requirement. Other pulping equipment such as chain conveyor, pressure screen, cleaner can also be provided. Welcome to consult: leizhanpulper@gmail.com.