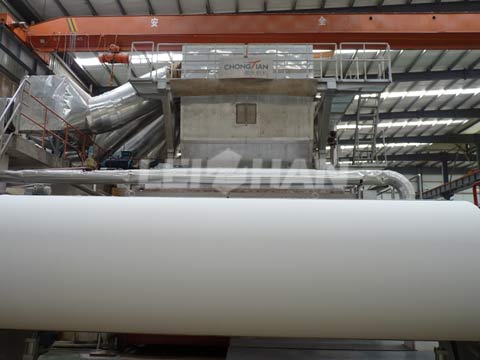 Over the past 10 years, we have seen steady growth in production of tissue paper, with an average annual increase slightly over 1 million tonnes. With the rapid growth of emerging markets, the contribution to the growth of the world’s average production is increasing, the average annual growth in the next decade is expected to reach 1.5 million tons, which is good news for paper industry and paper machine suppliers. In 2025, the global tissue market will reach a benchmark of 50 million tons, and the next 20 to 25 years will reach the next important milestone – the output exceeded 100 million tons.

Emerging markets are still making a major contribution to the growth of the tissue market. Although China has helped a lot in terms of growth rates, it is not limited to Asia, but also Latin America, the Middle East, and even Africa, to show long-term growth possibilities. The driving force behind the growth of the tissue market is varied, but the main reason is that health standards around the world are gradually improving. Of course, there are some clichés, such as economic growth, population growth, the rapid expansion of the middle class in emerging countries.

From the point of view of production, toilet paper occupies the main position of paper industry, but we found that North American wiping paper production increased significantly, including kitchen paper and portable (AfH) tissue rolls. In some parts of Asia, especially in China and the Middle East, with the largest growth rate of facial tissue. In Latin America, in addition to Mexico seems to emulate the United States, other regions of the production of facial paper is quite small, but due to the take-away and fast food restaurants continue to develop, portable paper towels, especially napkins grow rapidly.

In the paper industry innovation, the tissue paper industry has been in a leading position. Living paper companies can always bring new, surprising things. In particular, while maintaining a sufficient bulk, strength and diameter, a great deal of work has been done to reduce the weight of the toilet paper. The hydrolyzable wipes are very popular among consumers, but the producers are also faced with the problem of biodegradability. This is an excellent opportunity to capture market share for companies that use biodegradable fibers to produce wipes.